The Category B-listed Hills Trust Primary School is a local landmark to the community of Govan.

An area of Glasgow famous for its shipbuilding heritage, it is steeped in history with the school being a prominent part of the landscape since 1875 and playing an instrumental role in the teaching of children up until its closure nearly two decades ago. After having lay empty until its relaunch in late-2020, the building has now been sympathetically restored and converted into new offices for Elderpark Housing.

Elderpark, a local registered social landlord (RSL) was based on premises located on Garmouth Street for a number of years, however, due to an ongoing expansion of their staff and tenancy services, the office and meeting facilities were deemed insufficient in being able to adequately meet their needs.

Discussions commenced with City Property in 2013 surrounding the school’s potential to be Elderpark’s new headquarters, however, it was deemed pertinent that safe-guarding the much-loved local landmark remained a priority. CCG and MAST Architects were brought forward in 2017 and were tasked with conserving as much of the original fabric as possible whilst being responsible for the extensive upgrade and remodelling to bring it up to modern build standards.

Contained within the interior spaces is a new, welcoming reception area that is accessible via a fully wheelchair-friendly, new build entrance. This area acts as a central link, feeding comfortable, private meeting areas and office spaces and to the upper floors. A bespoke interior and graphic design theme flow throughout the building which aims to complement the retention of features such as the original stairwells, cast-iron radiators, ceiling roses and, occasionally, furniture from the former classrooms.

On the upper floor, additional meeting rooms are provided alongside a brand new kitchen and staff break-out areas whilst new boardrooms can offer dual-purpose formal meeting space for the association or a space functioning for the community. Data systems also offer improved mechanisms for Elderpark to engage with their tenants in a remote capacity; a service, amongst others, installed by CCG Group member, Arc-Tech (Scotland).

The Hills Trust project was undertaken concurrently with Nethan Street, an 82-home development, that was recently completed in April 2021. 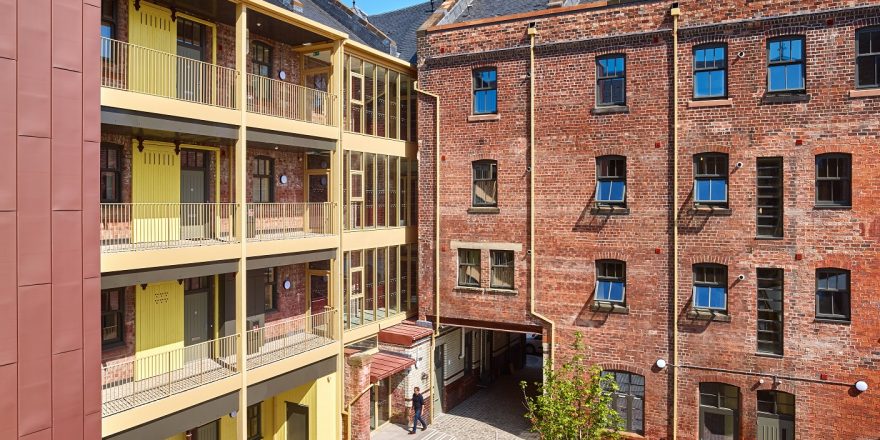